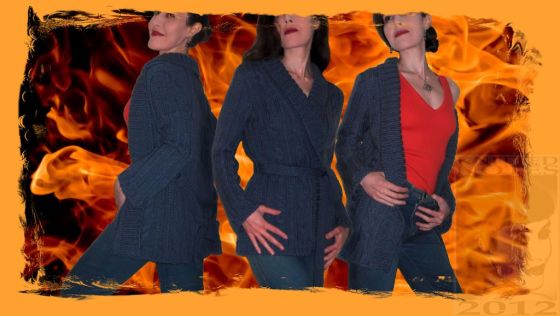 Farrah is a loose fitting buttonless cardigan with shawl collar and long sleeves, it is fastened round the waistline with a belt. Because of its sporty 1970’s look, I named it Farrah after the actress Farrah Fawcett that, starring in the TV show Charlie’s Angels, became one of the most popular faces of those years.

I knitted a double version of this cardigan using two different yarns. Red Farrah, the first version I realized as a sort of test for my new pattern, has been knitted using  red super fine new wool. Blue Farrah has been made with  blue (Jeans shade) medium weight new wool (this is the only wool I expressly bought for a new garment this woolly season 2011/12). 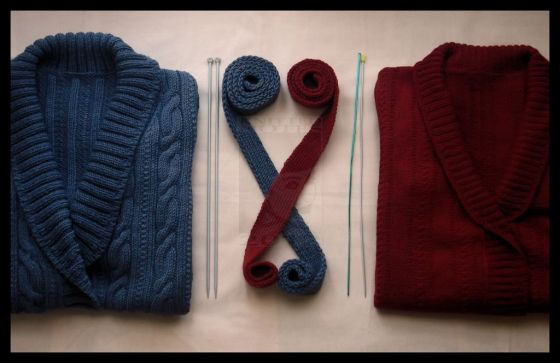 Here is a list of materials and stitches I used to realized each cardigan. I made this pattern using my measurements (about XS size) . 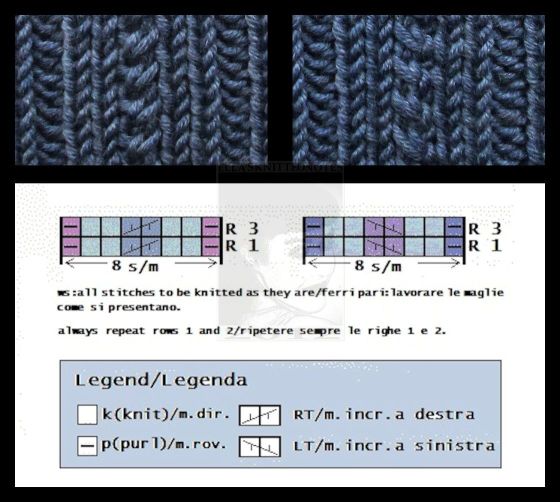