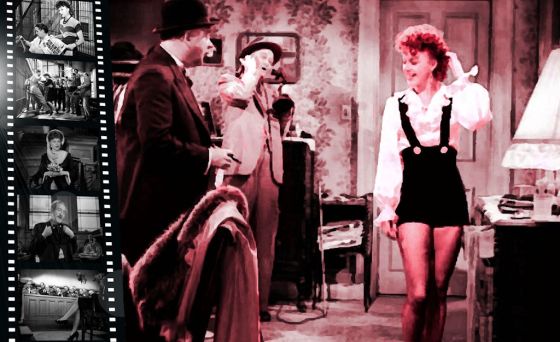 Directed by: William A. Wellman.

Last week I told you about an educational film for Ladies (if you’ve missed it, you can find it HERE), this week I’m going to tell you about an (almost)misleading film for Bad Girls: Roxie Hart, a 1942 comedy directed by William A.Wellman and starring Ginger Rogers and Adolphe Menjou.

Here is the story: Ginger, in an unusual red hairstyle (well, you must trust me cause the film is in Black and White), is Roxie Hart a young wife who lives in Chicago planning a career in show business that one day (accidentally?) kills a man who promised her to make her a star. At first her husband covers up for her confessing the crime but it’s 1927, Chicago it’s the cradle of organized crime and Roxie, instructed by the newspaperman Jake Callahan (Lynne Overman) and then by the shady lawyer Billy Flynn (Adolphe Menjou), soon finds out that, after all, a little homicide wouldn’t wreck a smart girl’s complexion…

Does this sound familiar? Have you already heard about Roxie Hart and Billy Flynn? Well, I bet your answer is yes and you’re thinking to the musical or to the 2002 musical film Chicago , the one with Renée Zellweger, Richard Gere and Catherine Zeta-Jones. Well done! Roxie Hart tells in fact the same story being based on the same 1926 play called Chicago and written by the American journalist and playwright Maurine Dallas Watkins, who found inspiration in a couple of famous (but unrelated) murder cases she covered in 1924 for the Chicago tribune. The first one the “Belva Gaertner case”, inspiring the character of Velma Kelly (the one played in Chicago by Catherine Zeta-Jones) involved a three time divorced cabaret singer (Belva) known professionally as Belle Brown who, on 11 March 1924, allegedly shot and killed her lover, Walter Law who was found the following morning in her car with a bottle of gin and a gun beside him. In Belva’s appartment were found blood soaked clothes on the floor, she said she has no memory of what happened and was arrested. She never confessed the crime saying to Maurine Dallas Watkins: “No woman can love a man enough to kill him. They aren’t worth it…”. The world was full of other men. An all-men jury found her “not guilty”. 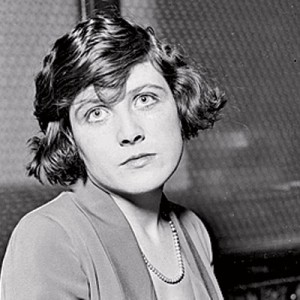 The case providing the inspiration for our Roxie Hart was the “Beulah Annan case”. Beulah was a young woman from Kentucky who had moved to Chicago in 1920 with her second husband, a car mechanic called Al Annan. In Chicago she was a bookkeper in a laudry where she met Harry Kalstedt and began an affair. On 3 April 1924, in her bedroom, Beulah shot Kalstedt in the back. At first, admitting the murder, she said they were drinking and then had an argument trying and reach a gun (mysteriously) on the bed. She reached the gun first and shot “in self-defence” (on his back!) while he was leaving. At this point, after spending the following four hour drinking and listening to a tune called Hula Lou (listen to it HERE), she had called her husband telling him the man had tried to “make love” to her. Beulah changed her version many times, also announcing she was pregnant (but in the end there was no baby), with her husband always by her side an spending all his savings to get her the best lawyers. Beulah was found not guilty on 25 May 1924 and the day after the sentence she left her husband saying: “He’s too slow.” The press covered with enthusiasm the two stories: Belva was called “Cook County’s most stylish murderess”, Beulah was called the “prettiest woman ever charged with murder in Chicago”. (To learn more about this you can click the following link and read an article about the book “The Girls from Murder City” by Douglas Perry from chicagomag.com:  http://www.chicagomag.com/Chicago-Magazine/August-2010/The-Girls-of-Murder-City-by-Douglas-Perry/)

Differently from the first movie ever based on Maurine Dallas Watkins’ play (a 1927 silent movie titled Chicago an starring Phyllis Harver) and the following musicals, Roxie Hart puts aside the story of Belva/Velma (who appears only for a few seconds) to focus on Beulah/Roxie and the story is told in a series of flashbacks. It starts in 1942 in a Chicago bar where a reporter (George Montgomery) remembers the first murder he ever covered fifteen years earlier, when he also fell in love with the murderess.

The role of Roxie wasn’t meant to Ginger Rogers, but when she knew Alice Fay the one chosen by Fox (the studio producing the film,) had to give up cause pregnant, she decided to take advantage of her new signed contract with RKO allowing her to appear in any film she wanted and to work with other studios, to took up the role. Her unusual hairstyle (red, short and curly) is surely meant to remind us Clara Bow (mentioned in this movie),. The hottest “Jazz baby in film”, the prototype of a flapper, the original “IT girl” was in fact a sensation in 1927, enjoying a howling success (and about to become a victim of that success) while in theatres were shown among the others IT and the first Oscar winning film Wings, this last silent picture directed by Roxie Hart’s director William A. Wellman.

Roxie is a flapper, has no scruples, calls her lawyer (a nice guy who should have performed in vaudeville) “daddy”, throws press conferences like a debutante could throw a party, when is about to lose the press favour plays the sweet mother to be and finally plays the shy wife in court never forgetting to show her legs to the all-men jury. For all those reasons Ginger as Roxie is cheeky, naughty, sexy and a little overacting. The film is not a musical, anyway Ginger Rogers, who was in 1927 a 16-year-old Vaudeville performer thanks to a Charleston contest won the previous year, has here a couple of remarkable dancing numbers: a Charleston scene involving all the journalists during a press conference, and a tap dance on a metal case in the prison with no accompaniment, only the tap shoes’ and hand claps’ sounds. This is a scene Ginger Rogers suggested and was very proud of. If you like her as a dancer, well, this make the film worth watching.

Obviously i’s not the only reason to watch Roxie Hart, which is a satire on the American judiciary system but also on the way the press used to cannibalize crimes and criminals to make money (there are things that never change!). It’s also a satire that couldn’t please the censorship fearing this film could represent “an attack on American Institution and way of life”. Almost surely the censorship should be blamed for the greatest fault of Roxie Hart: its terrible, sugary, moralistic ending (my lips are sealed you must watch it yourself and judge it).

Anyway, though it’s not Ginger Rogers or William A. Wellman best movie, I’m pretty sure that Roxie Hart is a film you could like.

A few related movies you could also like (click on the title to watch a clip or the trailer):